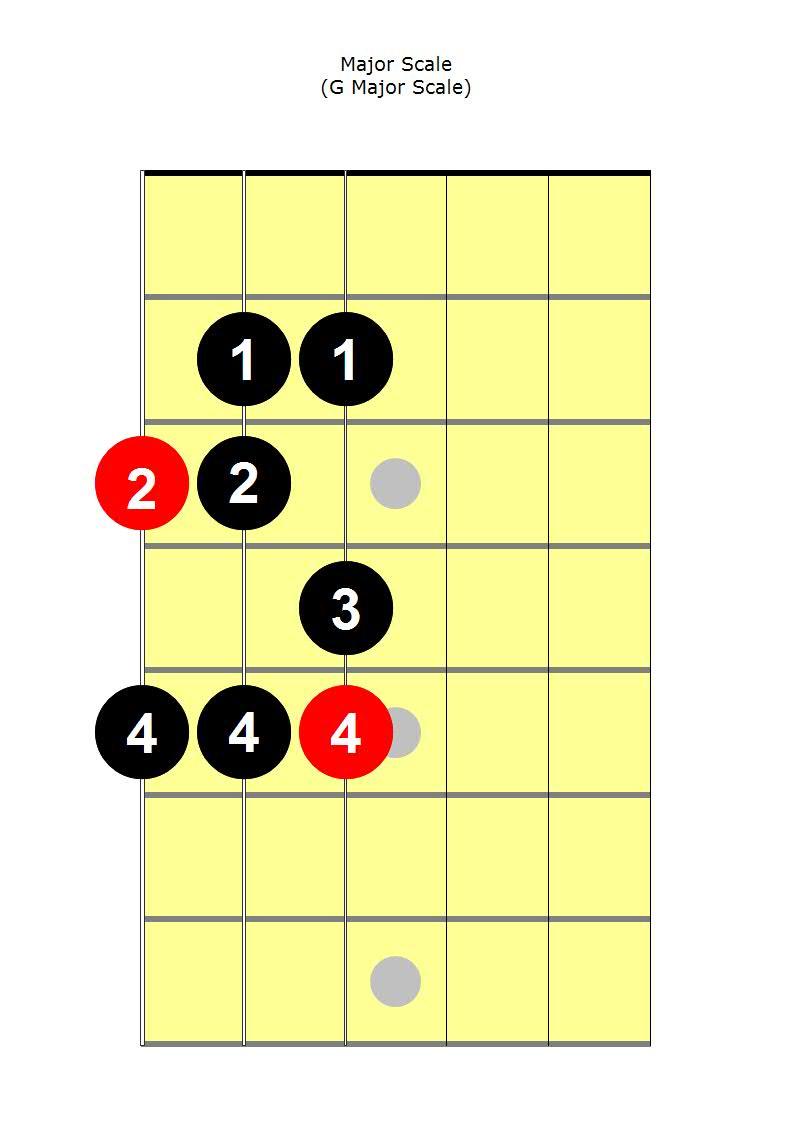 The major scale is the foundation for most Western music. Specifically, it is a diatonic scale made up of seven notes.  You can play a major scale by using its unique step pattern of whole, whole, half, whole, whole, whole, half. A whole step is played by starting on a fret, skipping over one fret and playing the next going either up or down. A half step is played by starting on a fret and playing the next fret up or down. Start on any fret and try using the step pattern on one string to play a major scale. The major scale has an upbeat, happy sound characteristic as opposed to the minor scale which sounds more dark and sad.

Many guitar players, especially beginners, wonder what is the importance of learning, knowing, and playing the major scale. There are several reasons knowing and being very familiar with the major scale is important.

First, it is the basis for music theory.  The major scale is used to build chords and figure out harmony within a key.  We can use the major scale to determine what chords will fit harmonically within a certain key. This is important for writing music and help figuring out how to play our favorite tunes by ear.  For example, in the key of C we have these 7 notes: C, D, E, F, G, A, and B. With a little knowledge of chord building and theory I can determine that the basic chords in the key of C are C major, D minor, E minor, F major, G, major, A minor, and B diminished. Now I can take those chords and create progressions knowing that these chords fit together harmonically.

Here is an example of one of the most common major scale guitar patterns. It is important to memorize and be able to play this in all 12 keys. It is also useful to know other patterns of the major scale. The red indicates the root note.  This is a G major scale since it starts on the G note (3rd fret low E string). 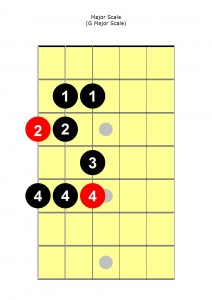 Click Here to take lessons and join the community!